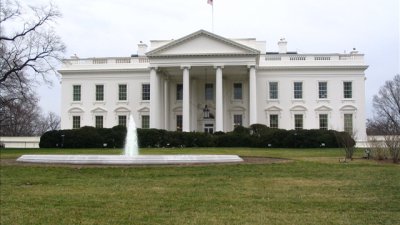 Political momentum continues to drive lawmakers’ efforts to combat elder financial abuse. In our last report on the subject, Bates considered the current state of play as indicated by the North American Securities Administrators Association’s (NASAA) survey results on (i) firm practices and policies applicable to senior customers and (ii) state securities regulator perspectives on senior financial fraud. Since then, federal and state legislatures have enacted bipartisan laws to expand agency authority over elder abuse and to better cope with guardianship issues.

The law (i) gives greater prosecutorial resources to the U.S. Attorney General in each federal judicial district, (ii) gives greater authority to the Chairman of the Federal Trade Commission to provide the elderly with expanded consumer protection, and (iii) requires the Department of Justice and other agencies to improve data collection and coordination. At the heart of the legislation, however, is the enhancement of penalties for convictions of interstate fraud committed against the elderly, specifically in cases where the fraud was committed by marketing via telephone, email, text message or electronic instant message. Additionally, this would also apply when the fraud involves actions that induce investment for financial profit, participation in a business opportunity, commitment to a loan or participation in a medical study. In these cases, the property acquired through such fraud, and the property used to perpetrate such fraud, must be forfeited. After analyzing the new law, one law firm observed, “it is an innovative law because it criminalizes the new ways that seniors are defrauded with modern technology.”

Shortly after the bill was signed into law, NASAA published its report titled “Guarding the Guardians: The Red Flags of Guardian Financial Abuse.” The new report, issued on October 30th, “warns of financial abuse by guardians assigned to oversee financial matters of individuals no longer able to do so for themselves.”

The report identifies “red flags” of financial abuse, examples of exploitation, and provides information on how to report suspected abuse.” Specifically, NASAA warns against: (i) the use of guardianship authority to transfer property for the guardian’s benefit; (ii) personal payments from a protected individual without court permission; (iii) frequent cash withdrawals from the protected individual’s accounts without explanation; (iv) use of property for personal benefit without court authorization; and (v) unexplained decisions that are not in the protected individual’s best interest.

FEDERAL AND INDUSTRY ACTIVITY DOES NOT SLOW STATE ACTION

Many state and local efforts continue to move apace. In Texas, for example, the Elder Financial Protection Act took effect on September 1st. The new law sets standards to combat financial scams by allowing financial institutions the option to place a 10-day hold on an account once a report is made to law enforcement, and it allows a financial adviser or institution to contact a trusted third party if they suspect financial exploitation, as long as the third party isn't the suspected party.

On the regulatory front, there is an expectation that new FINRA Rule 2165, which permits members to place temporary holds on disbursements of funds or securities from the accounts of specified customers where there is a reasonable belief of financial exploitation of these customers, and FINRA Rule 4512, which requires members to make reasonable efforts to obtain the name and contact information for a trusted contact person for a customer’s account, will help reduce the incidence of elder abuse. These rules go into effect on February 5, 2018.

The consequences of multiple state and federal actors working to address elder financial abuse are yet to be determined, but we will continue to follow this issue as it progresses and keep you apprised of any impact reported.