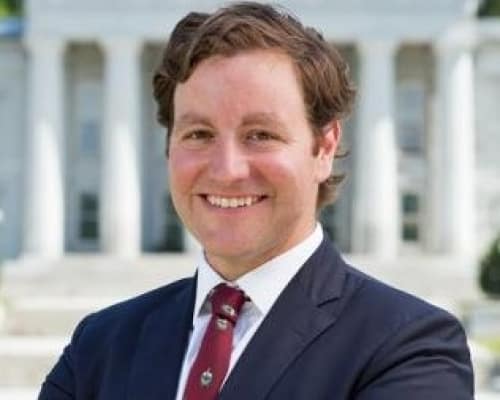 The past few months have been a particularly busy time for state financial regulators and enforcement officials. At almost every turn, the complicated and overlapping relationship between federal and state officials is being tested. A review of recent activities by the North American Securities Administrators Association (NASAA) provides several examples. In this article, Bates recaps recent NASAA developments on cryptocurrency, fraud enforcement, Regulation Best Interest (Reg BI), and supervision of complex financial products (i.e. non-traditional Exchange Traded Funds).

In April, 2018, NASAA launched a multi-state enforcement initiative to crack down on fraud related to Initial Coin Offerings (ICOs) and cryptocurrency-related investment products. The strategic effort, nicknamed “Operation Cryptosweep,” was lauded by both state and federal regulators. This week, NASAA announced that the continuing effort has netted “130 new investigations into questionable cryptocurrency-related investment offerings” and “35 pending or completed enforcement actions since the beginning of this year.”

NASAA claims that the advent of Facebook’s Libra proposal, together with the “near tripling in value of some cryptocurrencies and the sharp increase in market capitalization for all cryptocurrencies” are creating an environment that “attracts white-collar criminals, bad actors, and other promoters of illegal and fraudulent securities schemes.”

NASAA President Michael Pieciak (pictured above) cautioned firms selling cryptocurrency-related investment products to understand that state and provincial securities laws or regulations may apply to these sales, additionally warning investors about “dealing with promoters who claim their offering does not have to be registered with securities regulators.” NASAA also produced a series of investor videos highlighting issues around crytpto-fraud.

In our last report on state reaction to the SEC adoption of Reg BI, Bates Research noted the caution NASAA has taken in support of its members’ differing approaches to effective standards for protecting their state constituents. Then, as now, NASAA continues to highlight the shared responsibility of both federal and state authorities to protect investors from harm.

In filings to varying state agencies in June and July, NASAA touts the goals of Reg. BI while also supporting states that are proposing higher standards. In June, NASAA filed a comment letter in response to the New Jersey Bureau of Securities rule proposal to impose a (higher than Reg BI) fiduciary standard on all investment professionals. In the letter, NASAA described the longstanding legal framework that supports its members’ efforts to protect resident investors, stating that any “reading by the industry of broad preemption of state authority in the federal securities laws is simply an overreach.” NASAA also emphasized the authority of the New Jersey Bureau to enact these protections, and argued that “the securities industry has proven itself adaptive and can accommodate these new regulations.”

In a virtually identical comment letter submitted in response to a proposed rule by the Massachusetts Securities Division to impose a fiduciary standard of conduct on broker-dealers, NASAA stated: “the Rule Proposal is a valid exercise of state regulatory authority because it would not be impossible to comply both with the Rule Proposal and the federal securities laws…”

NASAA’s narrowly formed comments do not resolve the underlying issue of different standards between the federal government and certain states, and different standards for different states. But it does afford NASAA members the widest possible latitude to set their own standards and have a voice in the long-running debate. Prior to enactment, NASAA argued that legal questions of federal preemption over state law should be resolved in court. NASAA’s ongoing position, as asserted in its comment letters, seems to assume that future resolution in court is inevitable.

NASAA CAUTIONS FIRMS ON THE SUITABILITY OF NON-TRADITIONAL ETFS

In a new Report, NASAA reviewed broker-dealer sales practices for non-traditional Exchange Traded Funds products. The products include Leveraged ETFs, which hold out the promise of returning multiples on the performance of the index or benchmark they track, and Inverse ETFs, which allow traders to benefit from price declines in an index. As defined in the Report, a third product, Leveraged Inverse Funds, “seek to achieve a return that is a multiple of the inverse performance of the underlying index.”

After surveying 118 broker-dealers on their experiences with these leveraged and/or inverse ETFs, NASAA recommended that firms review and update their supervisory procedures as they apply to these products.

Specifically, NASAA found that a number of firms are not adequately addressing and monitoring customer suitability concerns and holding periods. NASAA President Peiciak went so far as to say that “Broker-dealers should carefully consider whether to permit purchases of leveraged and/or inverse ETFs in retail customer accounts.”

For those firms that continue to sell these complex products, NASAA recommended “tailored supervisory procedures” to address the heightened risks associated with leveraged and/or inverse ETF transactions.

In June, NASAA announced that New Jersey Securities Bureau Chief Christopher W. Gerold will succeed Michael Pieciak to serve as NASAA’s president for the 2019-2020 term. Mr. Gerold served as Bureau Chief since 2017 and will assume the leadership of NASAA in September.

NASAA is playing a critical role in defining the evolving relationship between federal and state authorities. It is noteworthy that Mr. Gerold hails from New Jersey, the leading state asserting its authority in the ongoing battle over broker-dealer standards. The battle over preemption will advance during his term. With each of these issues, from enhanced collaboration over cyber enforcement to adequate oversight on complex products, Mr. Gerold, like his predecessor, will be challenged to navigate the relationship between the state and federal authorities and in many instances among NASAA members. Bates will continue to keep you apprised.