SEC Turns Up Heat on Share Class Selection Disclosure, Now Focusing on Other Forms of Compensation 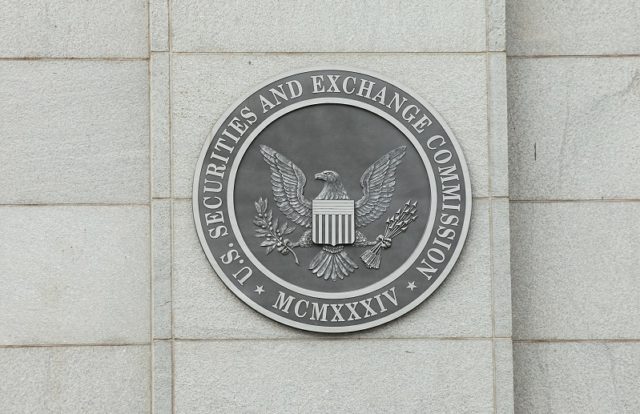 At a discussion forum on SEC enforcement examination initiatives in mid-September, the Director of the Office of Compliance Inspections and Examinations expressed shock that inappropriate share class recommendations are still appearing on exams. His comment suggests some surprise that last year’s Share Class Selection Disclosure Initiative might not have been totally effective in delivering the message that representatives must disclose to conflicts that may be associated with share selection to retail investors.

Bates Group has been warning financial practitioners to pay attention to these issues since the initiative was launched. In previous coverage, Bates alerted those that did not participate in the initiative that they would face additional penalties and closer scrutiny. The new emphasis and broader examination focus on additional forms of compensation that can cause conflicts of interest is a direct consequence of the SEC’s initiative. In particular, ongoing issues concerning share class disclosure may be caused in part by Broker-Dealer representatives or entities that may have migrated to the Investment Adviser side without fully understanding additional share classes available to them, noted the SEC.

In addition to focusing on firms that did not self-report by the deadline of the SEC’s Share Class Selection Disclosure Initiative, the SEC Enforcement Division is also now zeroing in on revenue-sharing payments and other forms of representative compensation or cost offsets.

Revenue Sharing and Other Potential Conflicts:

Many of the allegations in these types of enforcement cases revolve around whether or not there was adequate disclosure around the revenue generated by the firm as a result of share class selection, beyond merely the 12b-1 fees directly attached to the different share classes offered.

A “revenue sharing agreement” is when a firm has an agreement with a clearing or custody firm to share the fee revenue from mutual fund positions. As explained by Bates Group Securities Litigation and Regulatory Enforcement Managing Director Alex Russell, “a common example is when a mutual fund pays a fee to a particular platform provider or clearing firm for offering a fund on its website and providing other support services. These fees may be shared by the clearing firm with firms that have positions in that fund held at the clearing firm.”

Recent enforcement actions by the SEC underscore the point: one firm paid $2.5 million including disgorgement, penalties and prejudgment interest related to conflicts of interest caused by inadequate disclosure of its receipt of 12b-1 fees, as well as revenue-sharing fees. (Notably, the SEC also identified fees saved as a result of share class selection on behalf of clients.) Another action was initiated against a firm, which had disclosed that it would receive revenue sharing for investments within a particular program via its clearing firm, but then failed to disclose that it had “differing financial incentives depending on which products it selected for its customers.”

On Monday, the SEC announced a settlement with 16 additional self-reporting firms returning $10 million to impacted investors. Simultaneously, they also concluded their investigation of another firm that did not participate in self-reporting and, as a result, incurred a penalty equivalent to one-third of disgorged fees (excluding applicable prejudgment interest).

The Commission also announced a $37 million settlement with another firm last Friday, in which it identified conflicts of interest and inadequate disclosures regarding both revenue sharing and reductions in expenses incurred with the clearing broker as a result of selecting higher-cost mutual fund share classes for clients. In this case, the reduction in costs came in the form of avoiding ticket charges that would have been paid by the firm had they selected lower-cost share classes for client accounts. The Commission also noted the concentration of client holdings in firm-specific proprietary mutual funds within impacted accounts as well.

As we were preparing to print, it was reported that the SEC ordered a hybrid firm to return nearly $1.5 million as part of a settlement, due to “the firm having invested clients in more expensive mutual fund share classes, which provided the firm with financial benefits, without disclosing this conflict to clients.”

Given that the SEC is taking such a hard look at how revenue sharing agreements are disclosed to clients, as well as other forms of compensation that can cause conflicts of interests, Russell recommends that firms be proactive and review their disclosures for revenue sharing arrangements and other forms of compensation to ensure they are consistent with the SEC’s current interpretations.