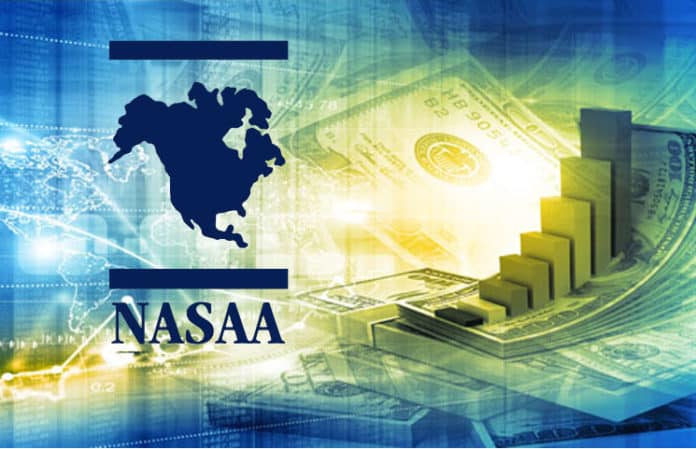 On September 25th, Michael S. Pieciak, Commissioner of the Vermont Department of Financial Regulation (pictured above), took the reins as the 101st president of the North American Securities Administrators Association (“NASAA”). That same day, NASAA’s Investment Adviser Section proposed a model rule that would require investment advisers to adopt policies and procedures regarding information security. NASAA also published the results of a series of “coordinated examinations of broker-dealer firms” that reviewed the heightened supervision plans of firms for registered representatives. Here’s a closer look at these developments.

At the 2018 Annual Meeting in Anchorage, Michael S. Pieciak began his one-year term as president of NASAA. Mr. Pieciak, who formerly served as president-elect and chair of the organization’s Corporation Finance Section and Fintech and Capital Formation Committees, announced NASAA’s new leadership team which includes Past President Joseph Borg, Director of the Alabama Securities Commission, and President-elect Frank Borger-Gilligan, Assistant Commissioner of the Tennessee Department of Commerce and Insurance.

In his remarks, Mr. Pieciak set forth his priorities. He stated that cybersecurity, cryptocurrency, financial technology, multi-jurisdictional enforcement matters, standards of care and senior financial fraud would remain primary concerns.

He noted, however, that recent member survey results found that the “preservation of state authority stood head and shoulders above all others as the top priority for our members.” He said that such a concern is well placed, given “broad preemption legislation in recent decades, and renewed threats in recent months.” He pledged to pursue “modernizing our association and promoting uniformity” as the most effective ways… to fight preemption and preserve our authority.” He acknowledged that “determining the most effective strategies… will take considerable thought, time, collaboration and discussion.” As a result, one of his first acts was to direct the NASAA Board to establish a Strategic Planning Committee to review bylaws, committee structure, policies and procedures.

The proposal has three parts. First, the “Proposed Information Security and Privacy Rule” would impose new requirements related to both the physical security of information as well as require the annual delivery of a firm’s privacy policy to clients. Second, a “Proposed Recordkeeping Rule Amendment” would amend the existing NASAA model recordkeeping rule to require that investment advisers maintain the additional records required by the new information security rule. Third, the “Proposed Unethical Business Practices (‘UBP’) Rules Amendment” would amend the existing UBP Model Rules to add to the list of prohibited and unethical conduct a failure to establish, maintain, and enforce a required policy or procedure. The comment deadline is November 26.

In another significant development, NASAA released the findings of examinations of broker-dealer firms on their heightened supervision plans for high-risk registered representatives. NASAA conducted 165 exams of 121 broker-dealers. The results, contained in the Coordinated Examination Report, suggest that firms have more work to do to address the issue.

As a consequence of these findings, NASAA advised broker-dealer firms to (i) designate individuals with the necessary experience and authority to enforce the plan; (ii) ensure appropriate written documentation that evidences the “representative’s awareness of the conditions of the plan and the supervisor’s awareness of his responsibilities;” (iii) provide periodic review to ensure the effectiveness of any plan; and (iv) ensure that removal procedures are in place. In addition, NASAA recommended that a firm should design its plan so that it would address any underlying conduct subject to review, ensure that the representative’s records are incorporated into any review, and establish the frequency of reviews.

President Pieciak pledged his commitment to fight federal preemption and preserve the authority of state securities regulators. The findings contained in the 2017 and 2018 examination reports suggest how important a role NASAA has in understanding the current state of play at investment adviser and broker-dealer firms. The timing and proposed model rule on information security for investment advisers and the new guidance on heightened supervision for broker-dealers provides a strong indication of how active NASAA intends to be as it asserts its authority within the regulatory framework. Bates will continue to keep you apprised of both state and federal developments.