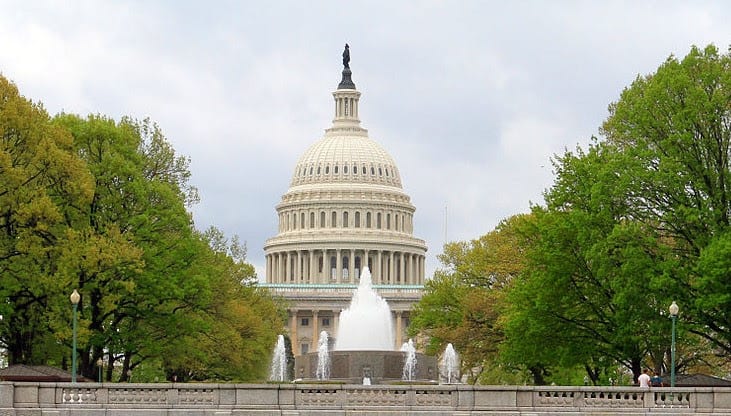 Longstanding opposition to mandatory arbitration is finding renewed momentum as federal legislators introduce bills to limit or even eliminate the binding provisions in consumer, employment and financial contracts. In the name of protecting consumers, employees and investors, legislators introduced the Forced Arbitration Injustice Repeal Act (“FAIR Act”), the Arbitration Fairness for Consumers Act (“AFC”) and the Investor Choice Act (“ICA”). This recent activity is in addition to persistent calls by House and Senate members to ensure greater fairness and transparency in FINRA’s arbitration process.

Given the importance that mandatory arbitration plays in the overall framework of dispute resolution for financial firms and professionals, these bills reflect a wave of political action not so easily dismissed. In this article, Bates Research looks at the new legislation, some reactions by industry groups and recent developments on the broader subject, including continued pressure on FINRA.

A CONCERTED ATTACK ON MANDATORY ARBITRATION?

The Investor Choice Act - For broker-dealers and advisers, the proposed ICA may be the most explicit of the new proposals. Sponsored by Representative Bill Foster (D-IL), the bill would amend securities laws to prohibit mandatory pre-dispute arbitration agreements. The underlying premise of the bill is the assertion that “brokers, dealers, and investment advisers hold powerful advantages over investors,” and that “mandatory arbitration clauses…leverage these advantages to severely restrict the ability of defrauded investors to seek redress.” The bill would give investors a choice to use arbitration “if they judge that arbitration truly offers them the best opportunity to efficiently and fairly settle disputes,” but would also allow investors to “be free to pursue remedies in court should they view that option as superior to arbitration.” Other provisions would amend securities laws and the Investment Advisers Act to prohibit the listing of any security that mandates arbitration between an issuer and its shareholders. (Made explicit is the prohibition against any such provision in an issuer’s bylaws, registration statements, or other governing documents). Further, the bill would make preexisting mandatory arbitration clauses in contracts void.

The Arbitration Fairness for Consumers Act - The AFC, introduced by Senator Sherrod Brown (D-OH), would be applicable to contracts involving real or personal property, services (including services related to digital technology), securities and other investments, money and credit. As applied to consumer financial products or service disputes, the AFC would prohibit mandatory pre-dispute arbitration agreements and any “practices that interfere with the right of individuals and small businesses to participate in a joint, class, or collective action related to a consumer financial product or service dispute.”

The Forced Arbitration Justice Repeal Act - The FAIR Act, sponsored by Hank Johnson (D-GA) in the House and Richard Blumenthal (D-CT) in the Senate, would amend federal arbitration law to prohibit pre-dispute arbitration agreements related to “future employment, consumer, antitrust, or civil rights disputes.” Similar to the above bills, it would “prohibit agreements and practices that interfere with the right of individuals, workers, and small businesses to participate in a joint, class, or collective action” related to these areas.

Notably, the Supreme Court just handed down its latest decision in Lamps Plus, Inc., et. al. v. Varela, a case involving this very issue. In a 5-4 decision, the majority found that companies may use unambiguous contractual arbitration provisions to prevent class actions in arbitration proceedings. The Supreme Court stated that class arbitrations were “markedly different” from “traditional individualized arbitration.” Citing previous case law, the majority reasoned that “in individual arbitration, 'parties forgo the procedural rigor and appellate review of the courts in order to realize the benefits of private dispute resolution: lower costs, greater efficiency and speed, and the ability to choose expert adjudicators to resolve specialized disputes.'” (at pp. 7-8). The majority concluded that the parties, by consenting to the individual arbitration provisions, did not agree to “'sacrifice[] the principal advantage of arbitration.'” The proposed legislation would likely overturn this decision.

Under Dodd-Frank, the SEC has the authority to review arbitration for both consumer products and securities. To date, it has not done so and has not addressed formally the recent legislative proposals. On the record, however, is the U.S. Chamber of Commerce, which opposes, in particular, the ICA. In a April 2019 statement, Thomas Quaadman, Executive Vice President of the Center for Capital Markets Competitiveness at the U.S. Chamber of Commerce, argued that “many of the criticisms of arbitration are based upon the flawed premise that alternative mechanisms—such as litigating through the courts—provide better outcomes for consumers and investors and give them a meaningful and realistic option for resolving a dispute. In fact, the opposite is true.” He cited FINRA estimates stating that “the average arbitration dispute is settled in a little over a year…[which]…stands in stark contrast to class action lawsuits which can drag on for years without a resolution.” FINRA states that “When an arbitration case goes to a hearing, it can take up to 16 months for an award to be determined.”

In addition to this commentary before the House Subcommittee, the Senate Judiciary Committee held a hearing this month titled “Arbitration in America.” (Click the following links to listen to the testimonyor to read about the hearing.)

While FINRA has not commented officially on these bills, the self-regulatory organization has been working on transparency concerns and alleged perceived issues of unfairness in its arbitration system for a long time. For example, as part of its efforts to improve its arbitration process (see, e.g. Bates’ review here), FINRA approved for SEC consideration, amended procedures related to new guidance on expungement of customer dispute information and related fees. This recommendation follows FINRA’s 2017 proposal, Regulatory Notice 17-42, which would establish a roster of trained and experienced arbitrators from which a panel would be selected to decide expungement cases.

Issues around the FINRA expungement process are part of aggressive oversight and legislative activity by Senator Elizabeth Warren (D-MA). In a letter sent by the Senator in March 2019, she pressed FINRA on when it plans to submit these proposed expungement regulations to the SEC for approval. Beyond this, Senator Warren previously proposed legislative reforms that would require FINRA to address unpaid arbitration awards. Last year she proposed that FINRA establish a relief fund for unpaid arbitration awards “issued against brokerage firms or brokers regulated by the Authority.”

Other FINRA steps continue at a deliberate pace. At the end of last year, FINRA made available “in one place on its website a list of firms and individuals responsible for unpaid customer arbitration awards” in order to “make this information more readily accessible to investors.” In addition, FINRA issued a rulemaking proposal which would, if approved by the SEC, prevent non-attorneys (“NARs”) from being compensated for representing parties in arbitration cases (see also Bates’ discussion here). These actions reflect the industry’s movement toward addressing the overall political perception that the arbitration process is not adequately protecting investors.

Collectively, the proposed legislation reflects a consistent, increasingly partisan position on binding arbitration. Mandatory arbitration has now become part of the current debate on financial and consumer services, as well as employee-employer relations. As applied to financial services, the bills put pressure on the SEC, and FINRA in particular, to demonstrate the adequacy of their arbitration system.

Whether mandatory arbitration under law is perceived as perpetuating a system that provides a reasonable and effective solution for dispute resolution, or a system that is rigged to immunize firms from costly litigation (or otherwise fails to offer meaningful recourse to injured investors and consumers), it is not going away anytime soon. In the meantime, Bates will keep you updated.