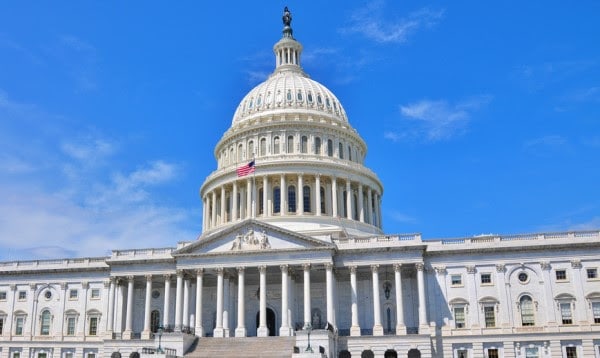 As described in Bates’ last review of congressional initiatives on Anti-Money Laundering / Countering the Financing of Terrorism (AML/CFT), the House Financial Services Committee has adopted an aggressive legislative agenda aimed at modernizing and closing loopholes in the framework. This month, a bipartisan group of Senate Banking Committee members introduced their own legislation to address current gaps inhibiting the fight against illicit financing of criminal activity. A key interest of both the House and Senate is the expansion of the use of “beneficial ownership information” of the type now collected under the Customer Due Diligence (CDD) rules that went into effect last year. In this article, Bates reviews the developing congressional legislative efforts to detect and deter financial crime.

THE HOUSE AND SENATE BILLS

The proposed requirement reintroduced earlier this year is to collect ownership information is contained in a House reform bill entitled the Corporate Transparency Act (CTA) introduced by Congresswoman Carolyn B. Maloney (D-NY). The bill would require all corporations and LLCs to disclose their true “beneficial owners” to FinCEN and to create a federal database of beneficial owners. The CTA is intended to address the use of shell companies for illicit purposes, and, according to an explanatory House staff memorandum, the proposed database that would house this information would be available “only to law enforcement agencies, as well as to financial institutions, with customer consent,” consistent with “Know-Your-Customer” compliance obligations. Otherwise, the bill exempts those entities already covered under SEC or state regulation. On June 12th, 2019, the House Committee on Financial Services voted to pass Congresswoman Maloney’s (D-NY) Corporate Transparency Act out of committee. It now moves to the House for a full vote.

Introduced in June 2019, the bipartisan Senate legislation is called the Improving Laundering Laws and Increasing Comprehensive Information Tracking of Criminal Activities in Shell Holdings Act(ILLICIT CASH Act). Like their House counterparts, the sponsors of the bill, Mark Warner (D-VA), Tom Cotton (R-AR), Doug Jones (D-AL) and Mike Rounds (R-SD) expressed concern that “the United States has become one of the go-to destinations for the creation of anonymous shell companies, allowing human traffickers, terrorists, money launderers, sanctions evaders, kleptocrats, and other criminals to promote criminal activities here in the United States undetected.” This conclusion is drawn in part from a recent Senate Banking Committee hearing in which law enforcement officials testified that they would be better able to address illicit financing if they were able to easily identify the beneficial owners of these companies. Case examples of these concerns were presented in testimony by Kenneth A. Blanco, Director of the Treasury Department Financial Crimes Enforcement Network.

Noting also that the Financial Action Task Force (FATF) “identified the United States as an outlier among developed nations for failing to disclose and track shell company ownership,” the Senators committed to working “to close our nation’s doors to shady shell companies and illicit financial activity.”

The proposed Senate legislation contains a wide array of provisions in alignment with the House bill, first among them being the establishment of federal reporting requirements mandating that all beneficial ownership information be maintained in a comprehensive federal database and readily accessible by federal and local law enforcement. Other provisions include (i) the hiring of additional financial investigators and technology experts at FinCEN, plus salary increases, (ii) data development and sharing among law enforcement agencies and financial regulators, (iii) new authority to compel foreign banks to cooperate and to comply with subpoenas subject to contempt sanctions, (iv) additional safeguards to protect personally identifying information, and (v) legislative updates to ensure applicability to digital currency.

The bi-partisan vote on CTF by the House Financial Services Committee and bipartisan announcements on the introduction of the Senate of the ILLICIT CASH Act is significant and demonstrates a serious leadership determination to address the gaps in beneficial ownership information. . Should that happen, the expansion of the use of beneficial ownership information would bring the United States in line with the anti-money laundering framework of the international community and be a potential help to law enforcement. The American Banking Association has voiced their support for both bills, and lawmakers are requesting public feedback on the proposed Senate bill by July 19th, 2019. Bates will keep you apprised.