A Continuing Controversy Under Pennsylvania Law: Does the Economic Loss Doctrine Preclude Negligence Claims Against an Insurance Agent or Broker? 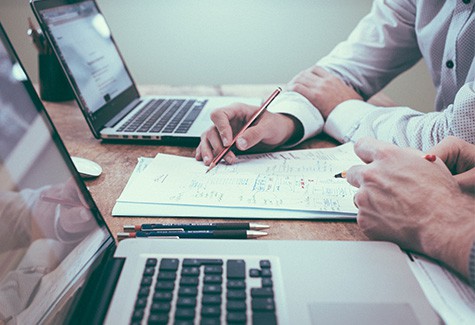 Insurance errors and omissions claims typically are situations where insurance coverage for a claimed loss is denied or limited and the agent or broker involved in placing the requested coverage is looked to as the party responsible for the shortfall. When such claims result in solely economic damages without physical injury or property damage, Pennsylvania’s economic loss doctrine has long been a bar to recovery in actions asserting negligence against the insurance professional.

The Pennsylvania Superior Court in 2018 upheld the application of this principle in an action by an insurance company against an agency for its alleged negligent handling of an insurance application and failing to deliver a policy. In Preferred Contrs. Ins. Co. v. Sherman, 193 A.3d 1009 (Pa. Super. 2018), the insurance carrier had issued a general liability policy to a contractor for work in renovating a property through an application submitted online to a broker. The contractor, who had not informed the broker that he engaged in roofing, commenced work, including removing a roof. A student hired to assist the contractor fell while working on the roof, sustaining injuries that resulted in his death. In a lawsuit against the contractor and others, where the insurance carrier initially defended under a reservation of rights, but then denied coverage and filed a declaratory judgment action on the basis that the application did not disclose the roofing work and the policy specifically excluded coverage relating to roofing operations, the plaintiffs obtained a consent judgment against the contractor for $3.5 million.

In its coverage action, the insurer sought to hold the agency responsible for the judgment. The agency argued that the claims against it on the basis of negligence were precluded by the economic loss doctrine. Both the trial and appellate courts agreed, finding that the doctrine precluded recovery from the broker. The Superior Court in Sherman did not engage in a detailed discussion of the economic loss doctrine. In contrast, the United States District Court for the Western District of Pennsylvania in Durkey v. Pac. Life Ins. Co., 2017 U.S. Dist. LEXIS 124294 (W.D. Pa. 2017) analyzed the doctrine in the context of a claim by a life insurance policyholder that the cash value had eroded contrary to representations by the agent.

As to the claim of negligence, the court noted an exception to the economic loss doctrine: cases where information is negligently supplied by one in the business of doing so and it is foreseeable that the information will be used and relied on by third parties. The court cited to Supreme Court decisions applying this exception to various situations, including a claim against an insurance agent based on negligence for not obtaining requested coverage, and concluded that the economic loss doctrine did not bar a negligence action against the agent who was in the business of offering information about insurance products for his own pecuniary gain.

These cases illustrate that an agent or broker cannot be certain whether they can be held negligent in Pennsylvania for economic losses based on their actions in connection with the placement of insurance coverage. However, knowing that such liability potentially, and perhaps likely, exists under the more reasonedDurkey case, insurance professionals should be mindful of their dealings with the insurance applicant and carrier in order to avoid situations that could give rise to such exposure.